The earliest ancestor whose picture I have is my great-great grandfather, John Christian Nace, who died just short of his 100th birthday. 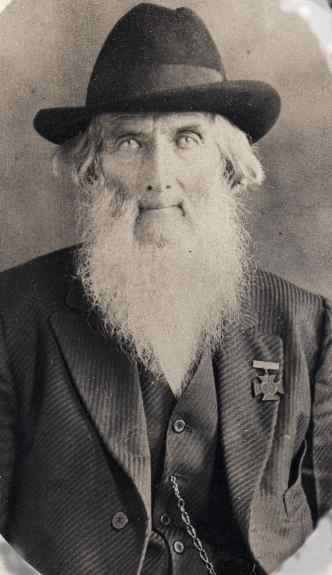 His obituary appeared in the February 18, 1928 Roanoke Times:


Lithia, Feb. 17 (Special) John C Nace, 99, last Confederate Veteran in this part of the county, died this morning at 8 o'clock at the home of his daughter, Mrs Will DeLong, here. Death was attributed to heart failure. He had been confined to his bed only a few days.

Mr Nace who served throughout the four years of the Civil War, is survived by a son William R Nace of Lithia, in addition to his daughter, Mrs DeLong.

He is also survived by thirteen grandchildren and three great grand  children. He was a member of the Lithia Baptist Church.

Funeral services will be held at his daughters residence Sunday morning at 11 o'clock. The service will be conducted by the Rev. G. H. Broyles.

John C. Nace, who served as private in Co. 1, 22nd Virginia infantry, CSA, was born November 27, 1828 and died February 17, 1928. He is buried beside his wife Mary Ann Noffsinger Nace in the NOFTSINGER/STYNE/PICO CEMETERY off State Route 625 in Buchanan, VA (Botetourt County). 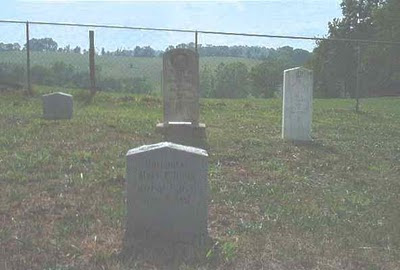 His grave is on the right; his wife's is in the center (back row). 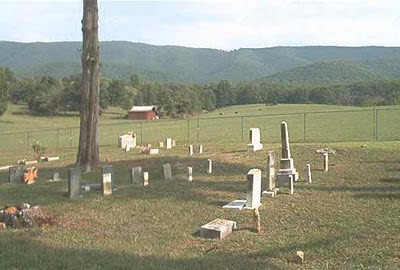 Another view of the Pico Cemetery

While the 22nd Virginia was involved in the Battle of Gettysburg, John Nace was at home settling the estate of his ailing—and soon deceased—father, William Nace, and missed the battle. William Nace had been overseer at Mount Joy Plantation in Buchanan (Botetourt County, VA). 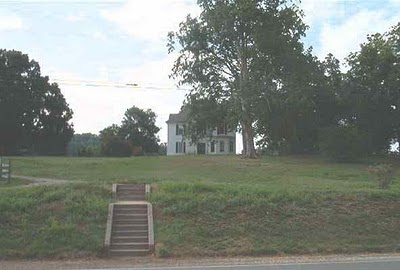 This is how Mount Joy looked a few years ago. The original house was burned in Hunter's Raid.


As near as I can tell, my Botetourt County Nace ancestors came from Maryland. From RootsWeb, I learned that a William Nace was born Feb. 6, 1797, in Lancaster Maryland. William’s parents were John Christian Nace (b. 1760? in Maryland) and Catherine Filston (b. June 28, 1764, in Maryland). This John Christian Nace (son of George Nace and Mary ? of Maryland, died on August 1, 1855, in Botetourt County, Virginia. (If he indeed was born in 1760, he lived to be 95!)

William married Hester C. Fringer (b. about 1801) on December 28, 1823, in Botetourt County. She was the daughter of Christopher Fringer and Susanna Zirkle. 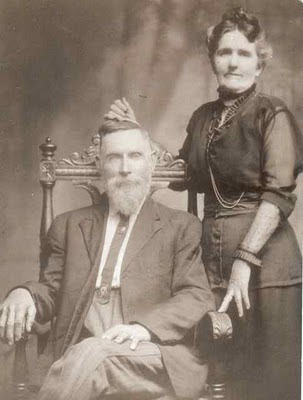 William Robert Nace was married to Sulmana Frances Spence (her name is spelled Sulmenia in the family bible and Sulmena elsewhere) whose family lived in Big Island, Virginia.