The list of folks buried in Lithia Baptist Church cemetery is online:  http://www.rootsweb.ancestry.com/~vaboteto/lithiabaptistchurchcemeteryregistry.htm

Several Naces are buried there: William Robert Nace and his wife Sulmana (spelled this way on her tombstone, but spelled differently in family Bible) and three of their daughters. Annie Pearl  died mysteriously on July 30, 1911. The date is hard to read on her tombstone. 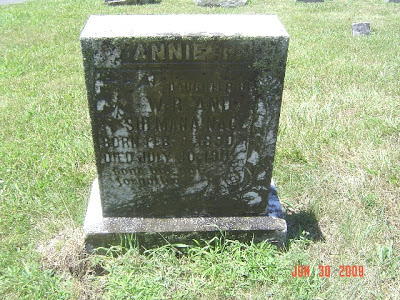 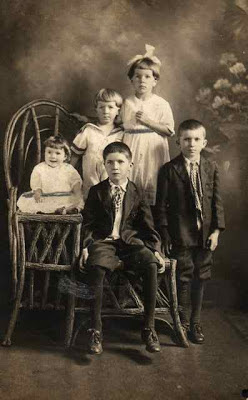 Cora and TO's daughter Pearl Hunt Whorley and her husband, Boyd Conrad Whorley, are buried at Lithia Baptist. Pearl Whorley's daughter Peggy Ann is among other Whorleys buried there. Here's a picture of the six Whorley children: 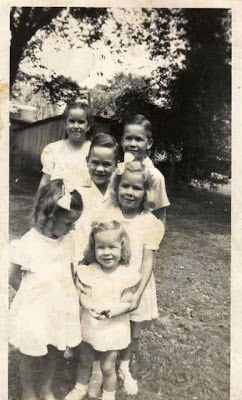 A third Nace daughter, Ossie and her husband, George Goode, are buried at Lithia, too.

Now here's a mystery. John C. Nace, the father of William Robert Nace, has a stone at Lithia Baptist.
But he's buried beside his wife in the Noftsinger-Styne-Pico cemetery where a more elaborate stone marks his resting place. So where is he?

Now here's a mystery solved: Where was the older brother of John C. Nace buried? Thanks to Find a Grave website, I've found William MacDowell Nace's grave in Maple Grove Cemetery in Kansas. 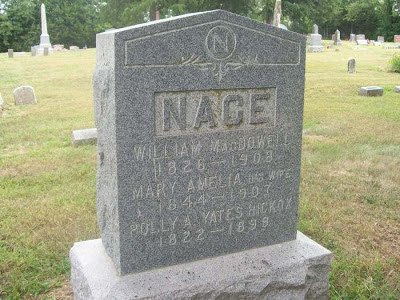 He was the Nace brother who moved to Kansas and fought for the Union.
~